Sadly, statistics prove more than a third of them wrong. In modern Greece, for 53,429 weddings registered in 2014, there were 18,353 divorces registered. That’s more than 34%. In Athens, things are even worse, with a whopping (and sad) ratio of 1.15:1, meaning that almost as many divorces were registered as weddings.

It appears that divorce is a major part of contemporary society and dealing with it in a civilized matter should be the first priority.

The beginning of the end

When clients seek my help with ending their marriage, my initial reaction and my first course of

action is to try to mend things. Trying to reach to the core of the problems, the roots of the cause, the main cause of the difficulties is sometimes extremely helpful and can clear up cloudy minds set on fight mode.

If the break up is final and the spouses wish to proceed with dissolving their marriage, we need to obtain a court decision. Only through a court decision can a marriage be declared dissolved.

Greek courts are competent to hear divorce cases, if the spouses’ last common residence was within Greece. 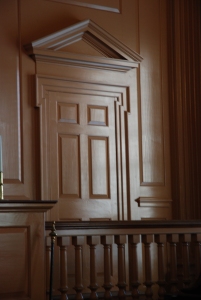 If the spouses agree on dissolving their marriage, then we file one single motion to the Court. They can both give a Power of Attorney to one lawyer and don’t even have to set foot in court. The lawyer will handle all the proceedings within three months, more or less. This is the process of Consensual Divorce, where the parties consent to the termination of their marriage.

1) A written agreement, signed by both spouses and the attorney(s), clearly stating that they want to divorce.

2) The wedding must be at least 6 months old. Under Greek Law, one cannot get married one day and file for divorce the next day, even if they really, really want to. They are stuck for at least six months.

3) The decision to end the marriage must be clearly stated verbally in Court, either in person or through the Power of Attorney.

4) A written agreement, signed by both spouses and the attorney(s), settling the relationships between the parents and any child(ren) they might have, custody, visitation rights, alimony, etc.

If only one spouse wants to get a divorce or there is no agreement between the parties, then we proceed to an Adversarial Divorce.

Either one of the spouses can ask a Court to dissolve the marriage, provided that there is a serious and substantial reason to do so. The plaintiff (the spouse, who files for divorce) must prove that the relationship between the two of them has been shaken so hard, that it is no longer possible for them to live together any more. Some common reasons, alleged by parties, in order to prove such a strong upset of the relationship, would be bigamy, threats on the life of the other spouse or children, domestic violence, abandonment, and so on.

Greek law does not give any definition on the substantial shaking of the relationship, because there has to be a lot of room for interpretation. Each case is examined on its own merits. There is only a broad framework and the Court will decide, whether the marriage is beyond repair.

There is one absolute presumption, though. If the spouses have been apart for a period of time longer than two years, the relationship is presumed so severely shaken, that the Court is bound to dissolve it.

After the court decision is final and the divorce is registered, the two former spouses are free to go on with their lives and enter into another marriage, if they wish to do so. If the wedding took place in a church, then it must be spiritually dissolved, as well. The Metropolitan issues a decree after an order from the D.A.’s office. The tax authorities also need to be informed, because there is a difference in taxation between single individuals and married couples.

Divorce is a very heavy word. It creates a great amount of stress; it breaks up homes and families (immediate or extended); it carries a social stigma in conservative societies, such as the Greek one, still; it drains resources, both financial and emotional; it consumes time and effort.

On the other hand, divorce is also a very light word. It gives freedom; it eliminates further conflict; it ends a broken beyond repair relationship; it gives a chance for new beginnings.

A good divorce is always better than a bad marriage.

One thing is certain, special care should always be given to the innocent parties, the children. They should not have to bear any cost or suffer any collateral damage. That’s my number one priority in handling divorce cases throughout the years.

I encourage you to ask questions in the comments below.

2 thoughts on “Divorce: Breaking up is hard to do”